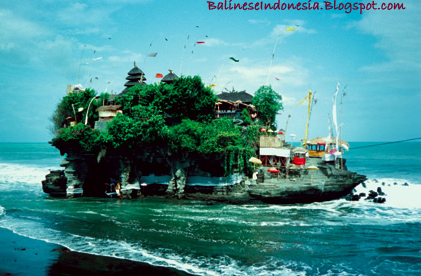 Tanah Lot Temple or Pura Tanah Lot in Balinese language is located in the coastal side of Beraban in Kediri, a sub district in Tabanan. It is located 30 Km to the west of Denpasar and about 11 Km to the south of Tabanan regency. Pura Tanah Lot Temple is about 3acre in size and built on the rocks by the coast of Tanah Lot, Beraban. It is about a 5 minutes walk from the coastal lip of Beraban. Being a very famous tourist destination in Bali, it also have spectacular views of sunset. Around the coral reefs in Tanah Lot Temple, there are snakes believe to be very sacred, holy and tamed. The snakes are in black and white and according to the Balinese, they are believed that to be the guardians of the temple and were sent by the Ocean Power Deity, Dewa Baruna.


History Behind "Tanah Lot" And It's Importance 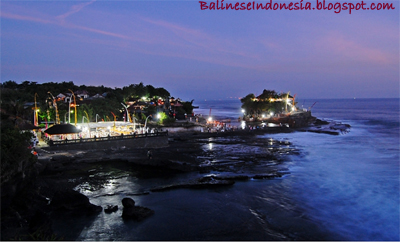 The name - "Tanah Lot" is the combination of 2 words. Tanah is a reef, like gili or isle. Lot refers to the sea. However, Tanah Lot actually means, a small island floating in the sea. Tanah Lot has been widely used during the period of Megalithic as a religious site that looked into holy proven existence of "menhir". Due to environmental conditions, the structure of Pura Tanah Lot is built on irregular reef plains which is consisted of Jeroan - a one plain yard.

The functions of this temple can be seen in the main building which is located in the temple main area. In here, there is a main temple which is used to worship the god, Bhatara Segara or Dewa Baruna, the powerful sea god. The place to pray to this god is the biggest and highest building in the temple while the 3 storied high temple building to the north of this area is to worship to Dang Hyang Nirartha. 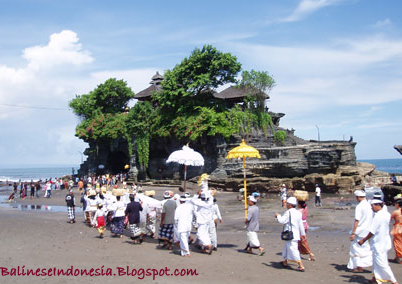 This temple is also very important to the Balinese people and it can be seen from the temple histories, its functions and the big number of devotees who attends the temple ceremonies when they are being held.

Pura Tanah Lot is considered as Dang Kahyangan -"One of the six main Bali temples". The Penyiwi or "care takers" are all local residents from Tabanan regency and their surrounding area.

It is also called the Segara Temple, because of its function as a sanctum to worship to Bhatara Segara, the God who manifested into the "Ocean Power Deity". Locals also believes that the existence of snakes in the coast of Tanah Lot are signs that this area is very sacred and important. The snakes are unique as their body have no athwart skin which is a norm for most snakes. This water-based snake is very passive and cases of them attacking the locals or visitors are very rare.

What to See in Tanah Lot 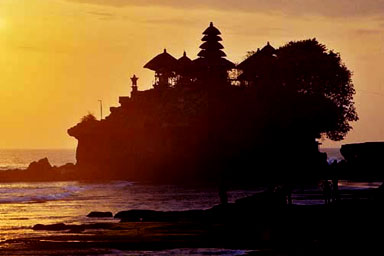 Being a favourite tourist destination in Bali, Tanah Lot is also famous for their magnificent views. More notably is the sunset during dawn when the sun starts to disappear. All the visitors to Tanah lot will be amazed by it's beautiful panorama.

Beside this, there are also other temples which can be seen on your visit to Tanah Lot like Batu Bolong Temple, Batumejan Temple and Enjung Galuh Temple. There are also many Bali ceremonies and festivals being held here.

Melasti-
This ceremony is believed to help you to get God's blessings for your belongings and etc. Melasti is held during "Tilem", which means full moon. Balinese who embrace Hinduism, believes that during full moon, the sea god, Bhatara Segara will release holy water into the sea to sanctify universe and its contents.

Ogoh Ogoh -
"Ogoh Ogoh" which means scary monsters, is one of the artistic cultural festival for Hindus' in Bali. It is also related to the "Pecaruan ceremony" which is celebrated during the ninth full moon (Pengrupukan) a day before Nyepi. Ogoh Ogoh represent symbols of strengths in the universe that is influencing the nature. It is also believed that this ceremony will appease "Butha Kala" or negative strengths and elements, so as not to bother human beings.

I hope this guide and article is useful to you and do comment if you have more comments alright! :) I shot my own video while i was in Tanah lot and hope you like it!

Tanah Lot is really a lovely place. so tranquil and relaxing.